Located on the banks of the Lachine Canal, the former Carpet Art-Deco factory is no longer there, and has been replaced by the prestigious project MYST, composed of two towers of six floors almost entirely glass connected by a bridge and surrounded by a long linear channel. The 145-unit project has a commercial component with a series of ground-floor rental units, thus animating the facade and the perimeter of the building.

The layout is meant to be graphic and very contrasting with the sober architecture. On the facade, a very graphic landing stage makes it possible to distinguish the entrances to the buildings while letting users wander along the route. At the back, a long barrier canal with Canada’s parkland without blocking spectacular views is outlined in black, reflecting the adjacent vegetation. The garden is distinguished by a long diagonal that delimits a series of semi-private paths of strips planted. The play of textures, colors and smells offers a real unique experienceexperience for the residents.

Finally, the long, sober canal surrounding the building ends with a series of waterfalls linking the garden to St. Patrick Street. 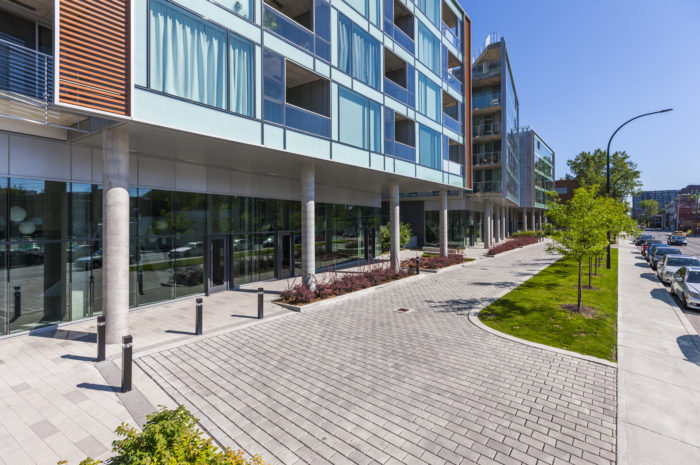 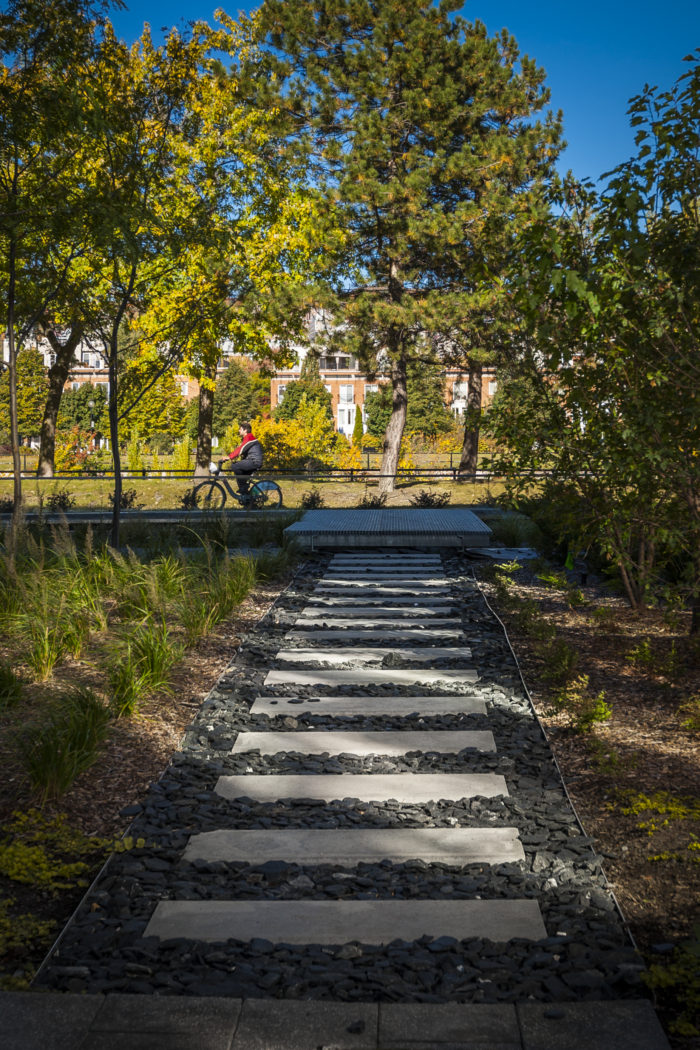 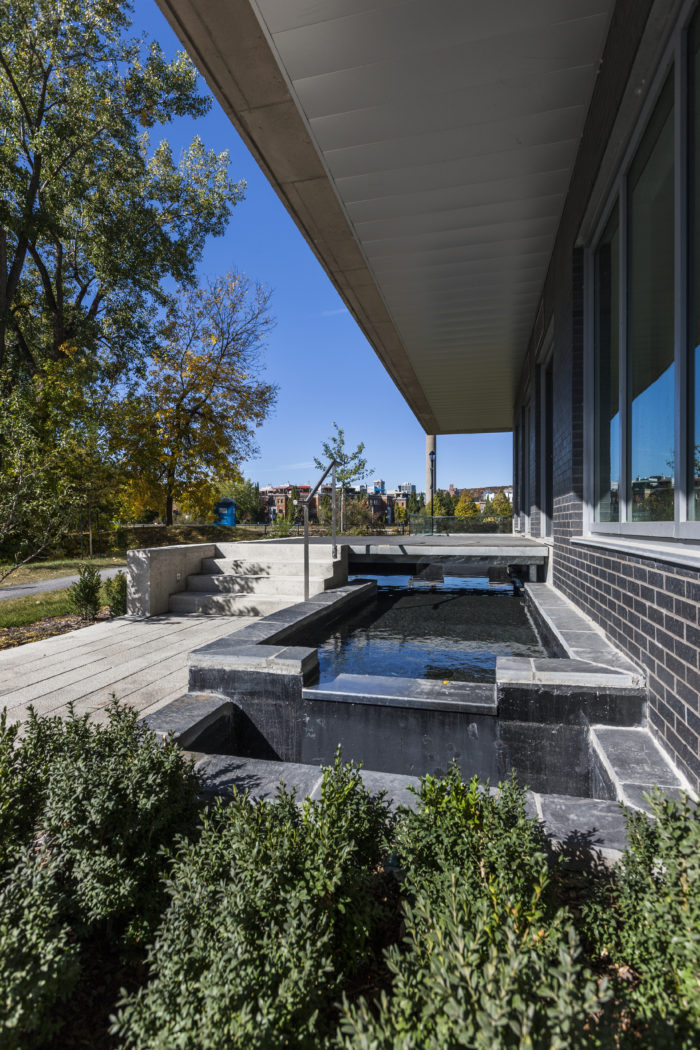 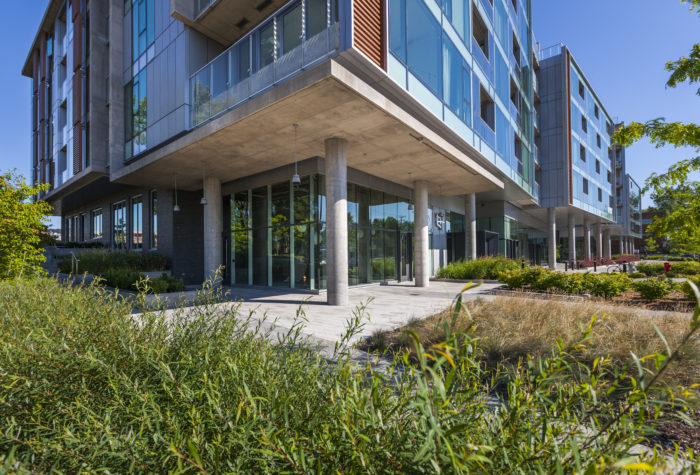 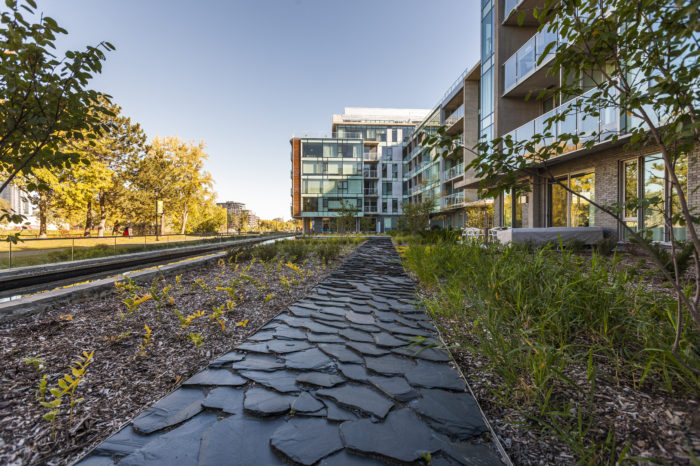 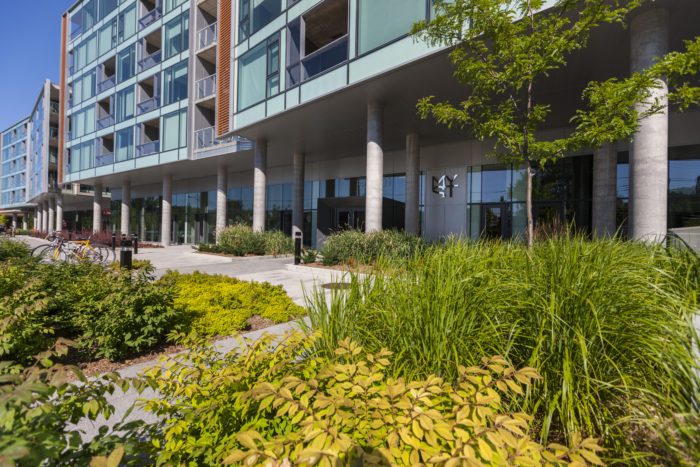 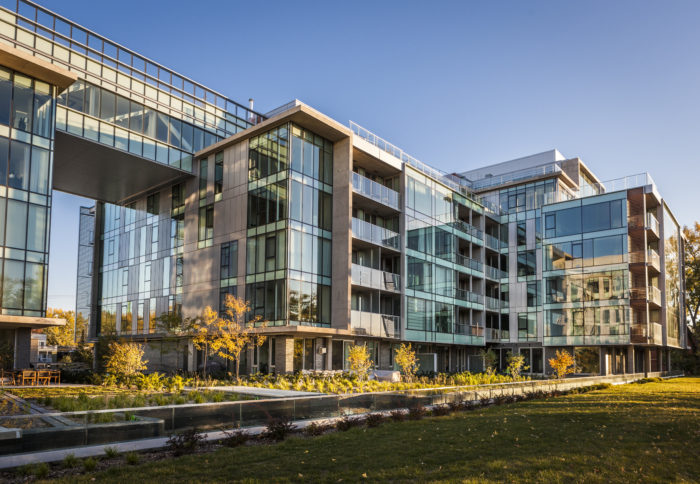